How does the new VW Golf GTD compare to Ford’s diesel-powered ST?

There are many hot hatches to choose from, including the Renault Megane RS, Hyundai i30 N and Mercedes-AMG A35, and most come exclusively with powerful petrol engines. Diesel-engined hot hatchbacks are much less common, with only the Ford Focus ST, the new Volkswagen Golf GTD and the Skoda Octavia vRS to choose from - although you could also compare these cars against the BMW 1 Series 120d.

These cars may not be quite as rapid as their petrol-powered counterparts but offer much better fuel economy and don’t give up the hot hatch looks. They’re still quick too; the diesel Focus ST and Golf GTD both hit 0-62mph in around 7.5 seconds. You can think of these cars as hot hatchbacks for higher-mileage drivers, and they’re a great alternative if you can’t justify the higher running costs of a petrol ST or Golf GTI.

Diesel cars are, however, falling out of favour with buyers due to the press around their contribution to local pollution. They also tend to be more expensive than petrol cars to buy, so you need to drive high annual mileages to make the extra back in fuel savings. The GTD and ST diesel are actually an exception to this general rule; they’re cheaper than the petrol GTI and ST hot hatches, which adds to their appeal.

Both cars are now on sale. We’ve compared them based on the latest info to see which is best. Once you’re finished, why not read our guide to the fastest diesel cars?

The latest Volkswagen Golf has three ‘GT’ branded hot hatch options - the petrol GTI, diesel GTD and plug-in hybrid GTE. They all feature the same styling upgrades over the standard Golf but each one has exclusive badges and a different colour scheme - red, grey and blue respectively. As a result, it’s possible to tell them apart from each other.

Ford, on the other hand, makes the diesel Focus ST look identical to the petrol version; its pumped up styling provides no hint to what’s under the bonnet. Over the standard Ford Focus, the Focus ST brings bigger five-spoke wheels, grey front bumper inserts and a big spoiler, plus a couple of exclusive paint colours.

Sitting inside the new VW Golf is a real treat for tech fans, as nearly everything’s digital and the car is always online. Drivers look at a 10.25-inch digital instrument display through the chunky flat-bottomed steering wheel, while a 10-inch touchscreen controls all the infotainment and sat nav functions. Standard tech includes Car2X connectivity (communicating with other so-equipped cars), Apple and Android mirroring, and Travel Assist - allowing the car to essentially drive itself on motorways. Interior quality perhaps isn’t as good as it used to be, however, and touch-sensitive climate control sliders aren’t as easy to use as the previous Golf’s physical dials.

Besides more supportive seats and the new GTD-badged steering wheel, the Golf looks a little austere compared to the Focus’ cabin. There’s contrasting red stitching and red badges dotted around, and racy-looking Recaro bucket seats. The Golf’s interior feels a bit more upmarket than the Focus’ but drivers of previous Focus ST models should appreciate the less cluttered feel and more soft-touch materials. Ford’s stuffed plenty of technology in too, including adaptive LED headlights, adaptive cruise control, a heated steering wheel and a rear-view camera. 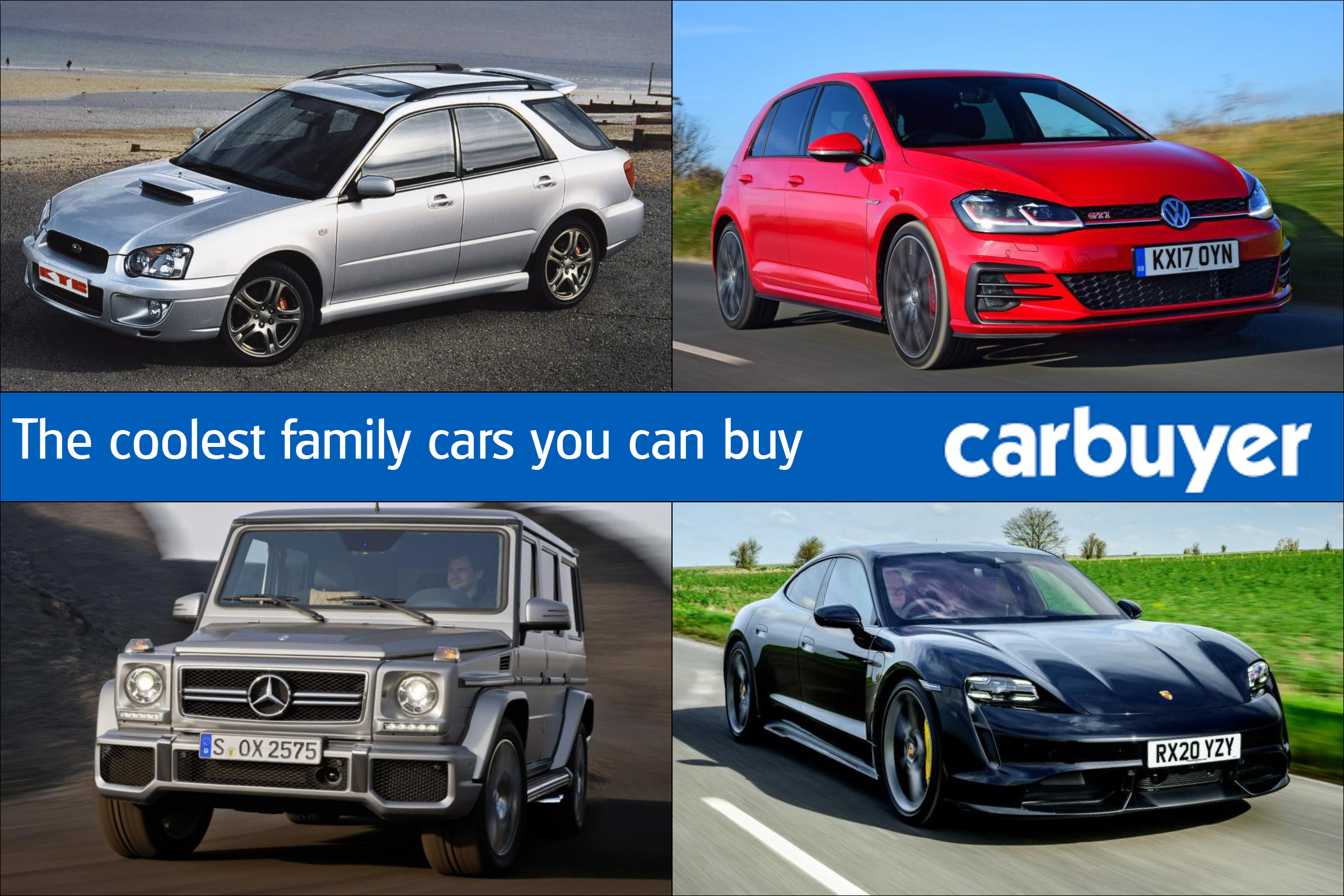 The coolest family cars you can buy

Part of the reason hot hatchbacks are so popular is because they offer fast thrills and plenty of family space. The latest Golf offers 380 litres of boot space - the same as its predecessor - and the Focus is a negligible five litres behind. This should be plenty for most buyers (and those also considering an SUV), but there are other hatchbacks that have bigger boots, such as the petrol-powered Peugeot 308 GTi and Honda Civic Type R.

The Focus ST is one of the few hot hatches to be offered as a more practical estate version, with both petrol and diesel engines available. It’s thought there’ll be a GTD estate soon.

Volkswagen has given the new GTD with the most powerful TDI diesel engine ever fitted to a Golf. Power now stands at 197bhp (15bhp up on the last model), and there’s a choice of seven-speed automatic or six-speed manual gearboxes for the first time. With more power on tap, the new Golf GTD is quicker than the old car, which manages 0-62mph in seven seconds - not far off the more powerful GTI. Peak power comes in a lot lower down the rev range than the GTI too.

The car’s diesel engine doesn’t stop the Golf from being fun to drive down a twisty road; the GTD offers excellent body control and lots of grip. It’s slightly more comfortable than the Focus ST diesel, although the GTD’s steering is a little numb and the Sport mode just adds weight without improving feel.

The VW has the edge in terms of statistics, as the Focus’ 2.0-litre EcoBlue diesel produces 187bhp and a 0-62mph time of 7.6 seconds. The Focus ST also has a sparkling chassis and is great fun to drive. The steering is quicker than in a cheaper Focus, it sits 10mm lower and there’s clever suspension tweaks to make it stiffer and more agile.

The Focus ST diesel starts at just over £30,000 at the time of writing, around £3,000 less expensive than the petrol-powered ST - and a similar amount less than the GTD. On a three-year PCP finance deal, the Focus is likely to work out about £40 a month cheaper than the Golf.

In the Focus, you get 19-inch wheels, a reversing camera, a head-up display and a B&O audio system. The GTD gets a heated steering wheel but sits on smaller wheels and goes without seat heating, the camera and head-up display.

These cars both have their merits and they’re closely enough matched that you should take a test drive in both to see which you prefer. The Golf is slightly quicker and just edges it in terms of interior quality but the Focus is more affordable, better to drive and comes with more equipment as standard. Ford’s diesel hot hatchback is the one we’d pick.